This week’s Battleborn Battleplan sees the addition of a long-requested feature, a couple hot fixes as well as a peek at what’s to come, and some amazing cosplays!

This week, we’re happy to announce that we’re implementing another feature that has been a direct request from the community – rematching. Rematching will fundamentally change how Battleborn’s matchmaking works in the sense that you will no longer need to manually re-queue after each multiplayer match. Instead, you’ll be kept in queue with your current teammates and the next match will automatically begin – no more having to re-select your preferred game mode and re-queue! The hope here is to get players back into the game as quickly as possible and hopefully smooth out the matchmaking process as well.

We know this has been a very hot topic among the community since launch, so we’re glad that we’re able to bring you all this new and exciting feature. This is among the improvements and tweaks to matchmaking that we will continue to make in order to optimize the experience for everyone! Let us know what you think of rematching on our forums! 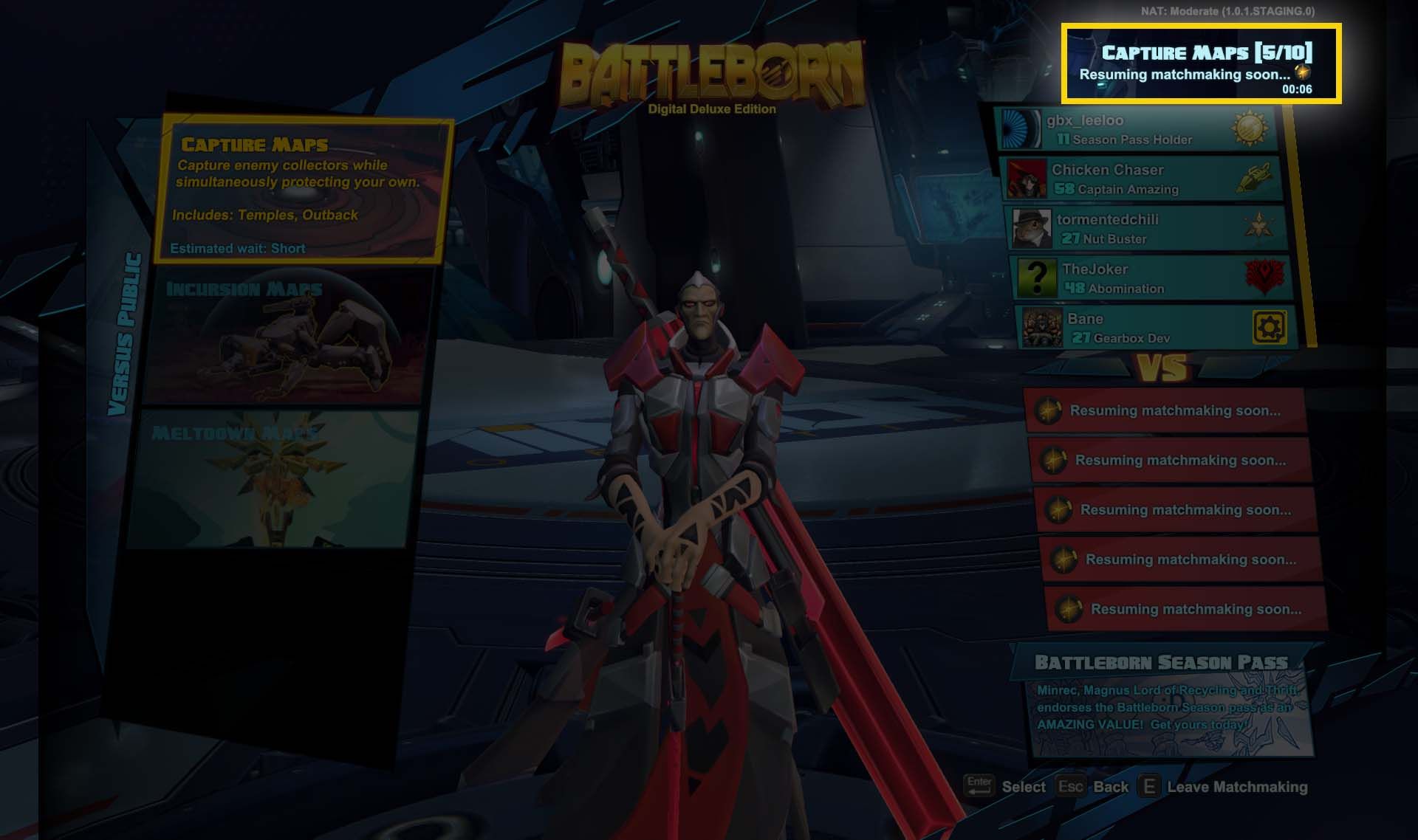 This week’s list of hot fixes is quite small, but contains fixes for a couple things that have continued to pop up on our radar. As a reminder, hot fixes are things that can be easily and quickly implemented. While these lists can tend to be short, we want to include these small fixes as a part of our effort to be as transparent as possible when it comes to changes that could affect the gameplay experience. Larger changes and community requests such as in-game reporting features, lore challenge adjustments, and performance improvements take a bit more time and must be included in a full update.  Having said that, these issues are among many that will be coming to you all in the near future.

Hot fixes begin rolling out at 12pm PT (3pm ET) on Thursdays. This week’s fixes are:

Additionally, our team has made a discovery that we think will answer why some players have not received their lore challenge rewards. In some cases, this issue could be caused by dropping out of a mission and entering a different mission before the original activity has ended. Since this action takes place across multiple servers, this may cause the game to not recognize when the threshold for completing a challenge has been met and thus, the challenge or character will not unlock. When this happens, characters can still be unlocked through Command Rank leveling, but lore challenges may remain broken.

Our team is working on a fix that that would retroactively award lore challenges that were affected by this issue, and we’ll be implementing that fix as soon as possible. To avoid this issue, we encourage everyone to stick with missions and matches to completion, as leaving them early appears to be directly related to this issue.

The Gearbox Community is legendary for its amazing cosplays. It started with Borderlands, continued with Tales from the Borderlands, and is being taken to the next level with Battleborn. We love to recognize our cosplayers every chance we get and thought this week would be a great chance to take stock of a few of the awesome cosplays that we’ve seen so far. Check out the Battleborn cosplay thread on the Gearbox Forums to see more! 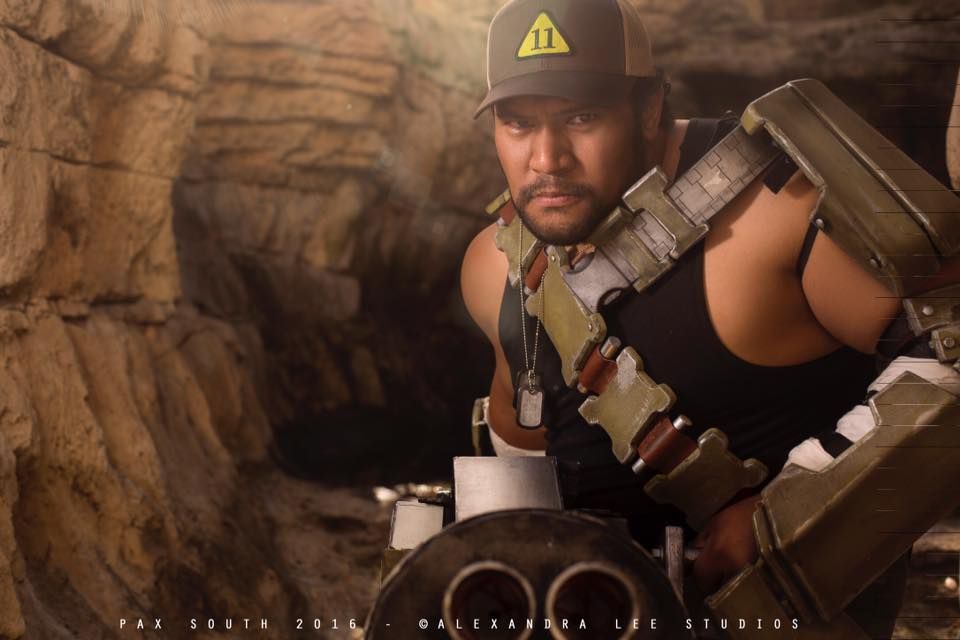 The weeks are getting busier and busier and soon we will have lots more to share with you all. For next week and among other things, we have another character Deep Dive on the way – this time for Kelvin! Battleborn Lead Programmer Scott Velasquez is known around the studio as the foremost expert on Kelvin and how to build him into an icy, chomping, death machine! Next week, we’ll be sharing a piece written by Scott with some Kelvin tips and tricks, and maybe even some cool ancillary info on everybody’s favorite Eldrid Ice Golem.  All that, plus more hot fixes and more in next week’s Battleplan. Until then, we’ll see you all in the Solus system!