Meet Reyna, the Only Support You Need 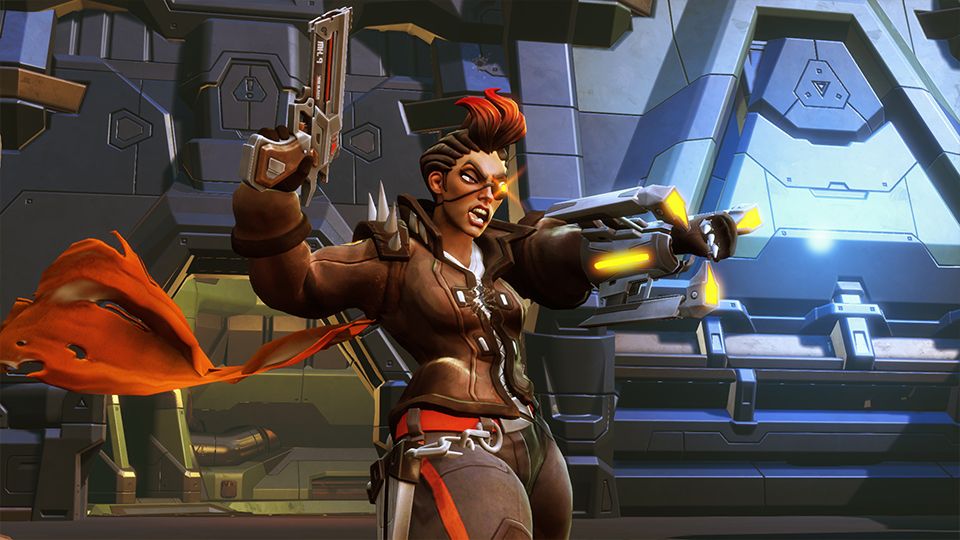 Reyna is a born leader, a nomad and a certified badass. She uses her modified command gauntlet to direct even the most rag tag force into a nearly unstoppable team, shielding them from harm and focusing fire on troublesome enemies.

Here’s why you’ll want her on your team:

While the rest of the Battleborn are refugees from snuffed-out galaxies, Reyna Valeria (known among the rogues as "the Valkyrie") is native-born to the Solus system. She has tirelessly fought for the survival and freedom of her people. Beyond that, Reyna is also a mentor to the rogues – especially Orendi. Reyna feels personally responsible for Orendi after saving her from the LLC.

If anyone is going to keep your team alive, it’s Reyna. And if there’s anyone Reyna’s going to trash talk, it’s Phoebe. After all, who in the hell wears a ritzy ball gown on the battlefield?

DEVELOPER NOTES:
“I love having Reyna on my team. One of my favorite strategies is having Reyna hang back while someone else goes out and lures enemies back to a choke point. Then Reyna shield-boosts our ally, then tags the enemy with Priority Target, which lets us make quick work of our unsuspecting victim!” – Steve Gibson, VP of marketing for Gearbox