“…Some people might call that noble. Some people call that heroic. But you can call me Benedict. [chuckle] Seriously, though. I’m a big deal." - Benedict 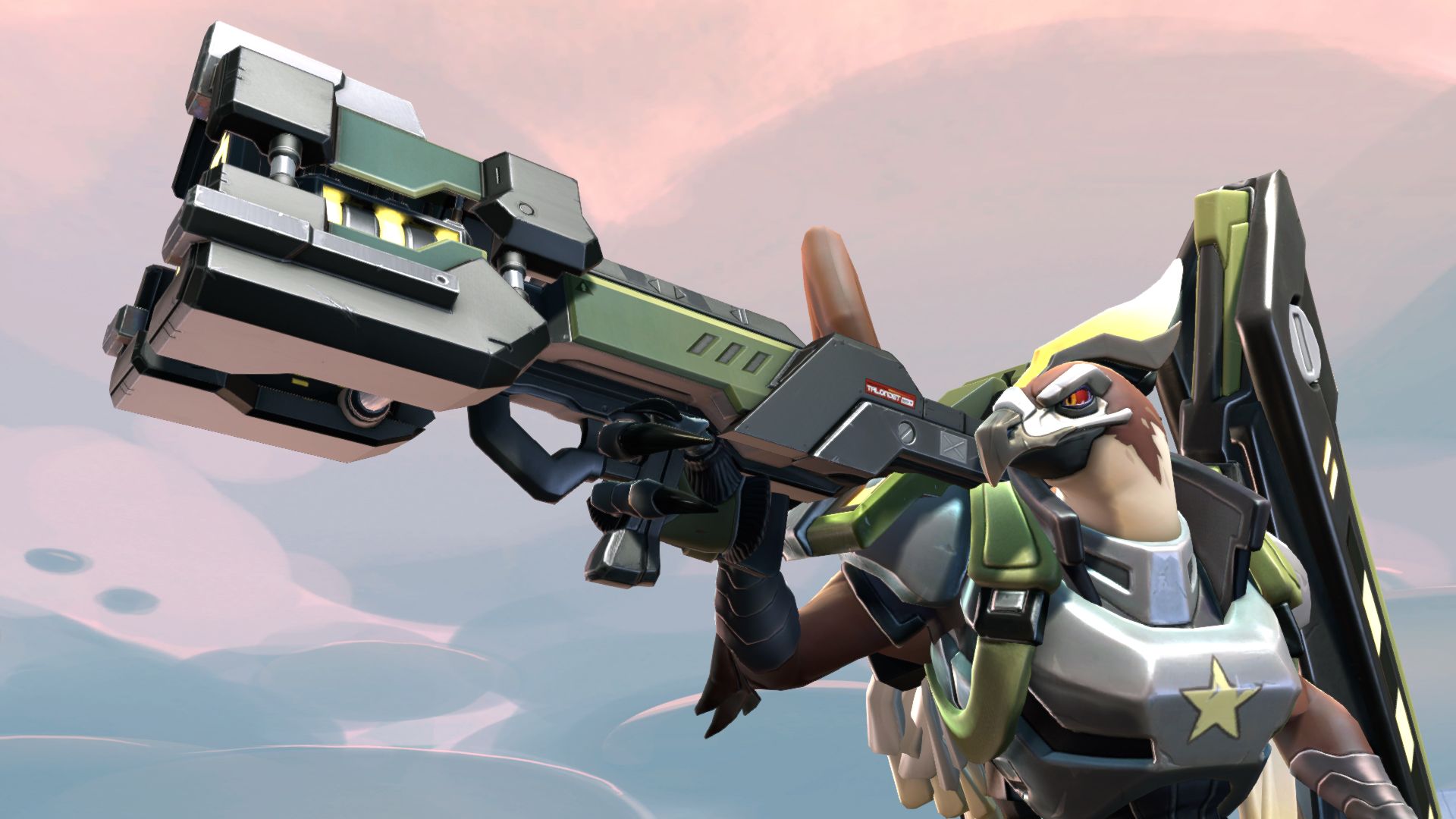 It’s a toss-up about what’s more offensive: Benedict’s rocket arsenal and combat prowess…or his ego. The high-flying Hawk-man sure thinks highly of himself – and before you get a chance to question it, he will drop a payload of rockets on your head.

Bennedict is a decorated war hero.

He fought bravely to defend his homeworld, Madan, when the Varelsi arrived. As a result of the battle, we was gravely wounded: His left wing was utterly shattered, rendering him incapable of unassisted flight.

Benedict and what remained of his people – called, “Aviants” by those in the Solus system – evacuated as their home star was plunged into darkness.

Since then, Benedict’s been outfitted with an Aviary Exosuit that grants him limited flight capabilities. And he’ll be the first to remind you of how awesome he is in battle. So, yeah, while he is an accomplished solider, he doesn’t have many friends. Or any.

DEVELOPER NOTES:
“Benedict's liftoff skill is great for jumping up into the air to get an overhead view of what’s happening throughout the map... and then launch rockets down from above. He's REALLY handy for scouting ahead and communicating back to the rest of the team.” – Steve Gibson, VP of marketing for Gearbox