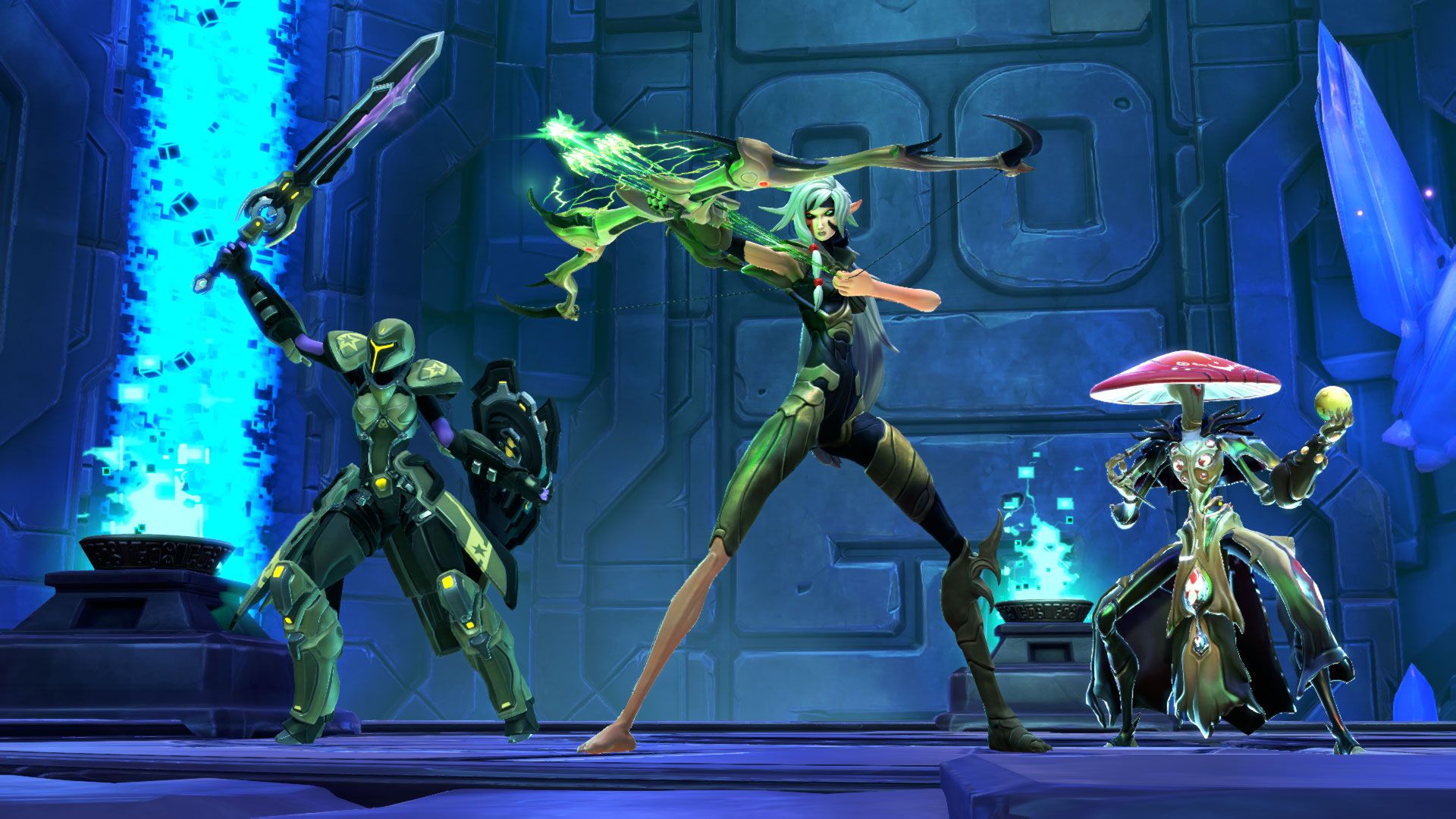 What do you do after making ALL the competitive multiplayer modes and maps in Battleborn completely free? Release another free mode with new maps! We took our favorite PVP modes and smashed them together to create Supercharge.

Start with the best parts of Meltdown, combine that with Capture, and mix well. The results: A whole new, fast-paced experience for smaller squads. Read on and learn how it works before you jump in.

HOW TO PLAY SUPERCHARGE

Like Meltdown, the goal of Supercharge is to earn APPEASEMENT POINTS from MINREC – the robotic god of minion destruction – but with a new twist: now teams can sweeten their minion waves by fighting to control a single capture point. The team that owns the capture point “supercharges” their minion wave, adding tougher minions and more opportunities for scoring points!

HOW TO SUCCEED IN SUPERCHARGE

We asked Gearbox’s Devs for some survival pro-tips that you can take to the bank. Here’s what they had to say:

We’ve made competitive multiplayer completely free. We’ve added another new mode and maps. We’ve got a whole story campaign for you to play in the full game. Now’s your chance to step into one of 30 Battleborn heroes’ shoes (or claws) and fight to save the last star! Check it out today on PC, Playstation 4 and Xbox One!