We’ve already introduced you to an insane cast of 18 Battleborn heroes. Everything from axe-wielding dwarves that’ll moon you to mountain men with miniguns …oh, yeah, and a penguin-piloted mech suit.

We ain’t done yet.

Today on the PlayStation Blog, we brought out two more Battleborn heroes: Attikus and Galilea – both are melee monsters on the battlefield. How will they work for you – whether you’re going solo or matching up for multiplayer?

You can learn all about them and their abilities on the PlayStation Blog, but in the meantime, we think some introductions are in order. 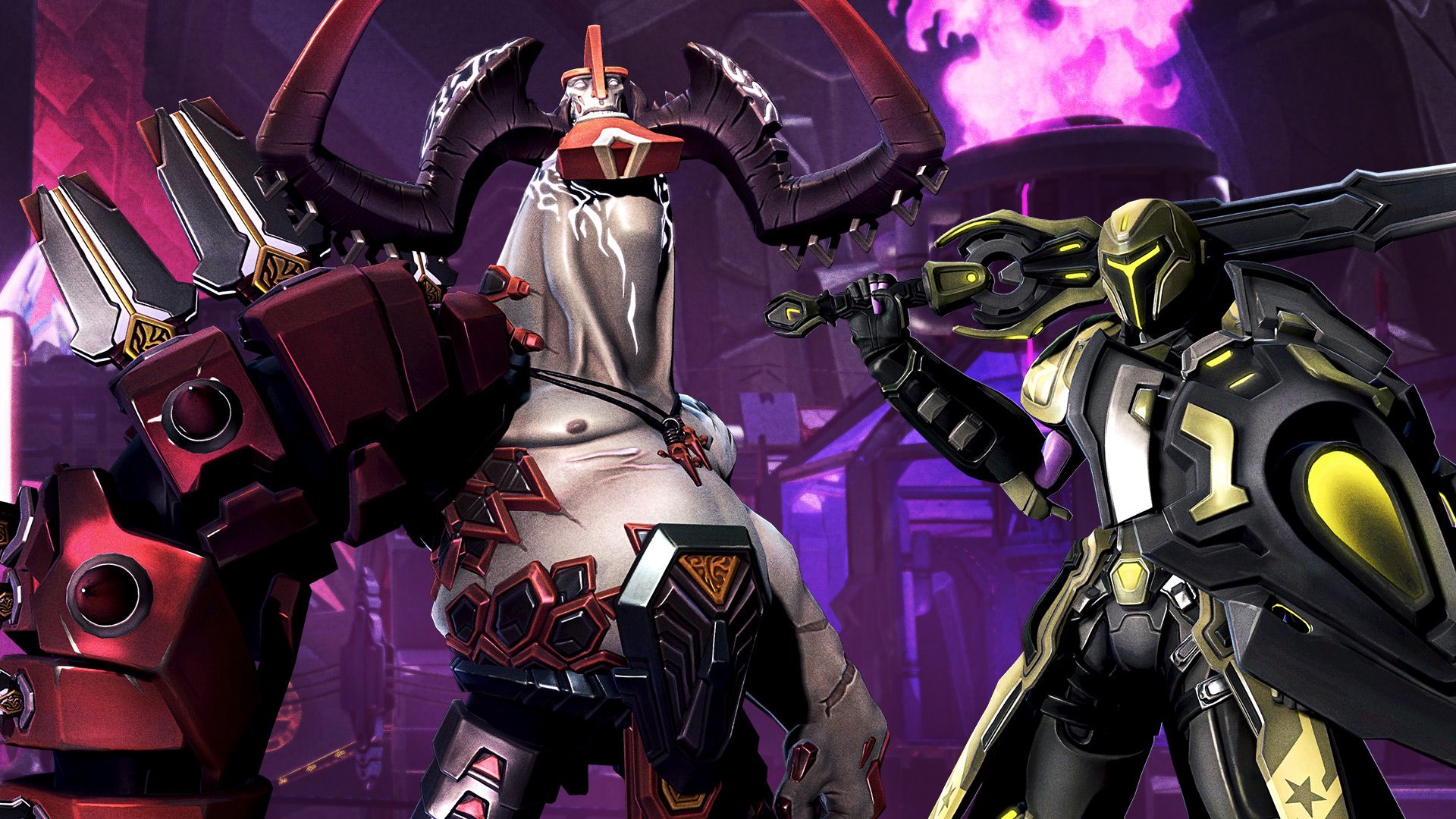 Attikus’ attacks are largely close-range damage with a chance of draining enemy shields – so only engage up-close if you must. Otherwise, keep your distance!

GALILEA, THE WRAITH OF BLISS

A sacred order within the Eldrid, the Arbiters of Being were charged with undermining the Jennerit Empire’s technology, and Galilea was its most promising warrior. Entrusting her with a long undercover mission, Galilea was embedded within the Jennerit and worked her way through the recruits of the Silent Sisters. During an attempt to sabotage their Sustainment technology, Ambra discovered and attacked Galilea, mortally wounding her. Once a close friend, Ambra attempted to use Sustainment to save Galilea’s life but it was only partially successful. Now unstable, immortal and reeking of life-draining dark energy, Galilea is at war with herself and her new powers as she hopes to find a new purpose among the Peacekeepers.

Galilea’s main weapons – her Greatsword and Greatshield – mark her as a deadly foe up-close, but that shield can also be launched at enemies. Also beware the dark energy that courses through Galilea – it can heal her in battle as well as siphon the health of enemies.

For more details on Attikus, Galilea and PS4 player perks for the Battleborn Open Beta, be sure to head over to the PlayStation Blog.

(Pre-order Battleborn now! And, of course, if you want to learn more about Battleborn before it launches on May 3rd, keep coming to Battleborn on Facebook, Twitter @Battleborn, on YouTube, Instagram, and here on the Battleborn blog – we’re always updating it with more details and backstory around the game!)