TREMBLE BEFORE TOBY, THE ADORABLE 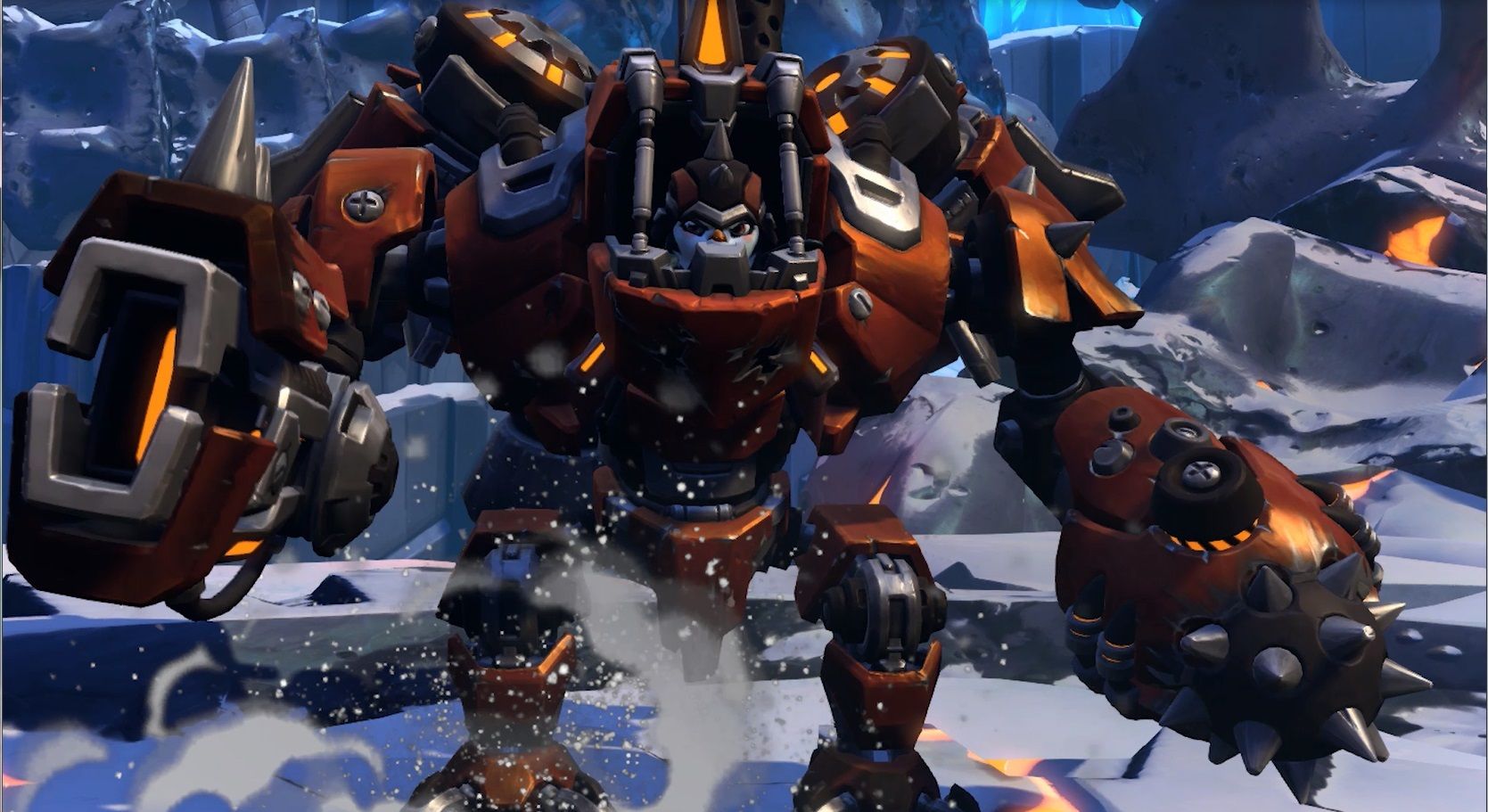 If you’ve got a death wish but you’re short on time, track down Toby and tell him he’s cute. You’ll be dead before you’re able to tousle his feathers.

This newly-announced Battleborn hero may look like a harmless penguin in a heavily-armed battle mech, but he’s actually – oh gosh, just look at him. He’s adorable. We’re sorry, we’ve lost our train of thought. What were we talking about? Oh! Right. Toby. He’s an engineering genius, but has difficulty getting his comrades to take him seriously, because he’s a cutie-patoots look at that little guy we just can’t—

We’re sorry. But as you can see, this is a problem for Toby: he may be brutally lethal on the battlefield, but it’s easy to lose sight of that when you’re staring down an anxious, apologetic, neurotic penguin.

On his homeworld of Menneck-B, Toby quietly outfitted his burlier brethren with heavy-duty firepower of his own design. When his home system was claimed by the Varelsi, Toby – alongside fellow refugee Benedict – hoped to sign up for armed combat with the Peacekeepers and extract a little vengeance from the corpses of his enemies. Benedict was shown to the armory; Toby was shown to the door. Something inside Toby snapped. Why does someone like Benedict get all the respect while Toby does all the real work in the background? Why does Toby even need permission to fight?

Rather than arranging his arguments into a neatly-compiled bullet list in a letter to the chain of command – you know, his first instinct – Toby tried something different. He got angry. He cursed. A lot! And it felt pretty great!

If the Peacekeepers wouldn’t let him join – screw ‘em. He’d find someone who would. Now aligned with the Rogues, Toby’s a fearsome, badass brawler, dishing out hurt on the battlefield in “Berg”, his walking battletank. Not nearly as cute as he himself is. Have we mentioned that yet? We’ve probably been over that. Anyway, here’s how he kills people!

Nothing says “I’m really sorry about murdering you” quite as well as a magnetically-propelled projectile travelling at the speed of sound.

Drop a force shield between you and incoming projectiles…and get a little pick-me-up buff in the process.

Launched from Berg’s arm cannon, Arc Mines stick to any surface and zap the crap out of any ne’er-do-wells dumb enough to tread near them.

When fully powered, Toby’s mech anchors to the ground and readies up a barrage of pain. Turn. Aim. Shoot. Apologize! Repeat.

Dying sucks, but if Toby’s going out, he’s going out with a bang. A big bang. And he’s taking all you jerks with him! He’s really sorry about that!

Toby makes the 16th Battleborn hero that we’ve revealed out of the 25 that come with the game. And the nine other heroes we haven’t announced yet? They are only going to get more weird, more unique, and more badass from here on out. Keep following Battleborn on Facebook, Twitter, Instagram, YouTube and here on the Battleborn News blog for the latest happening with Battleborn.