The Last Light Consortium (LLC) Arcfleet began out of necessity. After all, if the Varelsi are destroying every planet you set up manufacturing facilities on, it’s hardly cost effective.

With the universe going dark, mobilizing your workforce is necessary for peak efficiency (and survival).

Hundreds of years – and hundreds of thousands of ships – later, the LLC Arcfleet is a commercially-driven armada operating primarily to optimize profits, even in the face of certain extinction. While there are no celestial bodies attached to the LLC, their incredibly ornate Guildships signal the technological opulence valued throughout the LLC’s Arcfleet. 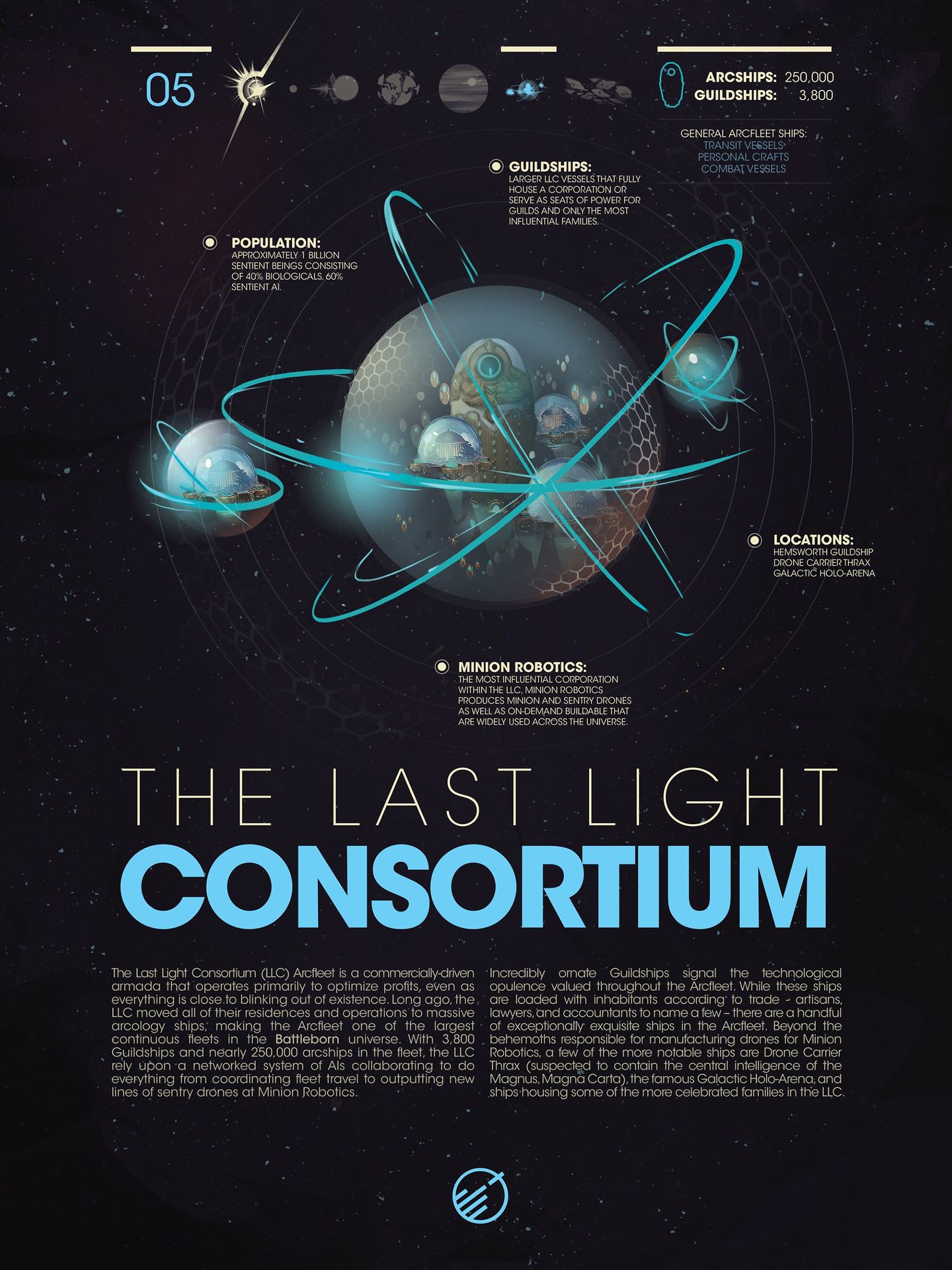 The LLC has flourished as humans, Artificial Intelligences, and “augmented human hybrids” have figured out how to co-exist: their love of upgrading and improving technology. And profit. Lots of profit. So, with 3,800 Guildships and nearly 250,000 arcships in the fleet, the LLC rely upon a networked system of AIs collaborating to do everything from coordinating fleet travel to outputting new lines of sentry drones at Minion Robotics.

While there are entire Guildships loaded with inhabitants according to trade - artisans, lawyers, and accountants to name a few – there are a handful of exceptionally exquisite ships in the Arcfleet. Beyond the behemoths responsible for manufacturing drones for Minion Robotics, here are a few of the more notable ships:

Learn more about the Last Light Consortium and their concept and design.