Meet Mellka, the Fist of Fury

“Expecting some kind of space elf? Maybe an observer in the ceremonial duds? Well, gosh, I would’ve worn mine, but I lost them when the Jennerit swallowed my home star.” - Mellka 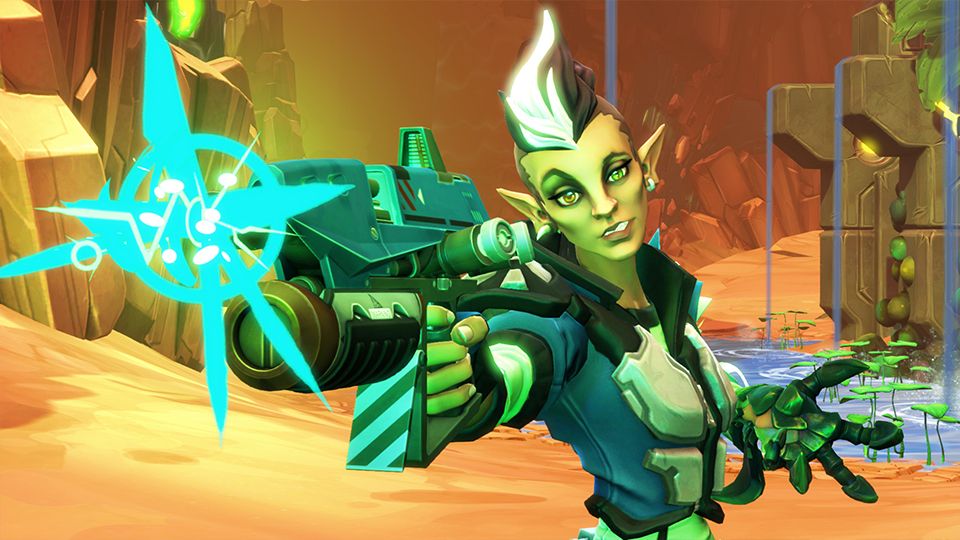 Mellka has some anger issues to work out. Fortunately, between her TX-12 Venom Launcher (which can rapid-fire loads of specialized nano-chemical mixes at foes) and an exotic Eldrid Bio-Glaive (a specialized near-living glove which can reshape itself based on subtle neural prompting) she’s always prepared to kick serious ass on the next away mission.

The Eldrid tend to be scientific-minded and peaceful folks, in tune with the natural order of things.

Mellka apparently missed the memo at the last Eldrid meeting.

Born in space, Mellka developed an early hunger for solid ground, and found a clear calling in special operations, even joining with the Eldrid group called The Vigilant. While serving with The Vigilant, she developed close ties with an elite Peacekeeper operative named Trevor Ghalt. While proficient at several combat styles, Mellka prefers some of the more exotic Eldrid weaponry including an Eldrid Bio-Glaive which reshapes itself based on her neural prompting.

DEVELOPER NOTES:
"I like playing Mellka with serious stealth. She can really get a jump on an enemy if you spec her helix for it: Sneak up on an opponent, drop a spike for some initial damage that also pops her into the air and triggers invisibility -- then light them up with Venom." – Steve Gibson, VP of marketing for Gearbox