“Let’s do our best and make some orphans! ….. Why is everyone staring at me?” - Ambra 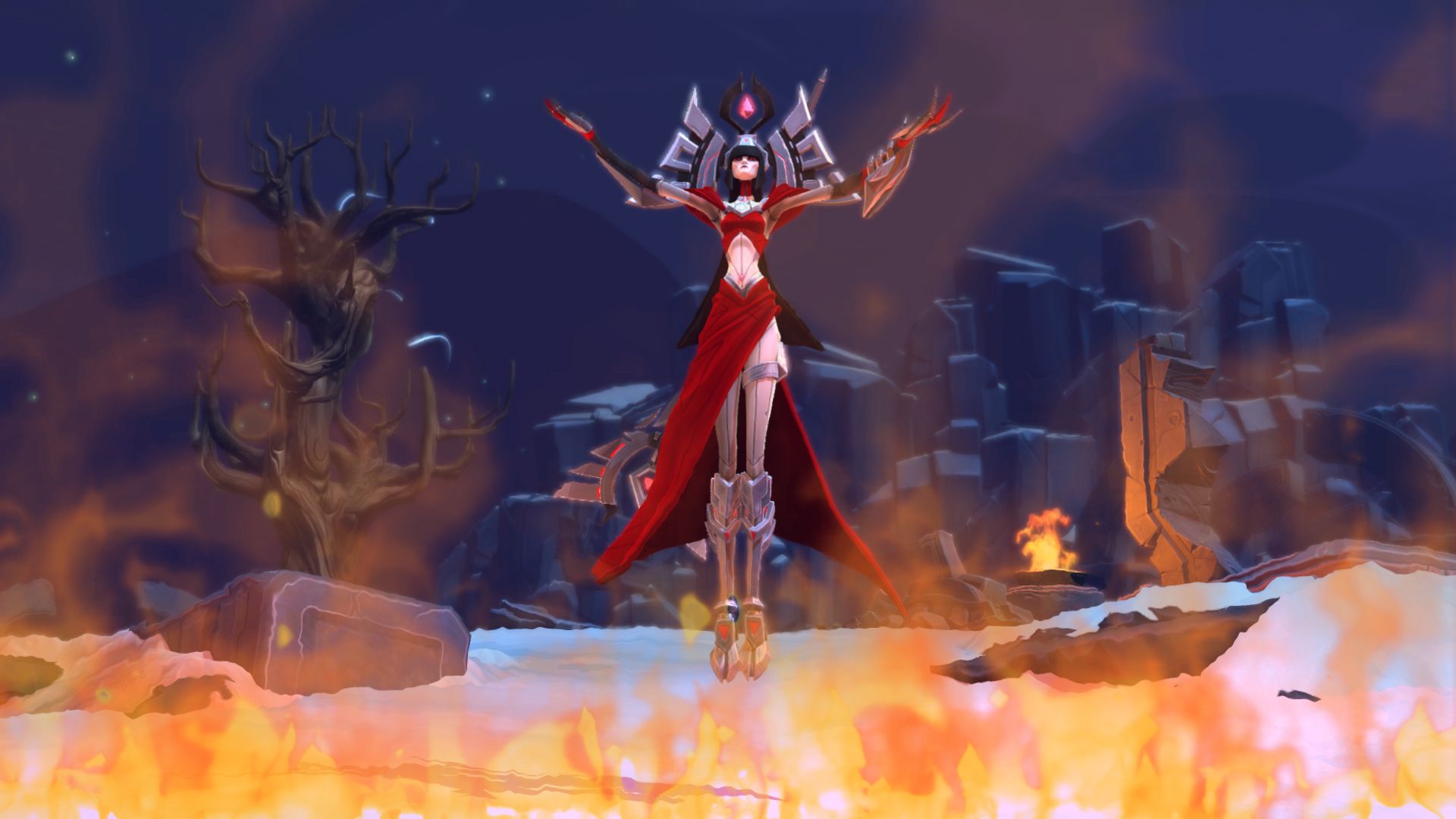 Leading the charge of the four Battleborn heroes that we unveiled this week during Gamescom, is Ambra. She may be a healer, but don’t think she’s soft – cross her on the battlefield and you’re gonna get burned. Or get a meteor dropped on your head. Or both.

Why is this badass healer so unique? Let’s find out.

The Jennerit aren’t exactly known for being nice. In fact, because of their...let’s just say flexible ethics… Ambra (she’s a lot older than she looks) can come off as some magical evil mastermind at times. Her fits of malevolent laughter probably don’t help, either. That said, she is actually one of the good guys. She’s idealistic, optimistic and believes wholeheartedly in the beings she’s fighting alongside to save the last star.

Ambra was betrayed by Rendain and his coup within the Jennerit Imperium. Now, she fights with the Battleborn to heal her people and restore order through localized solar anomalies – preferably launched at Rendain’s face.

DEVELOPER NOTES:
“Ambra is awesome support. During a match we were squaring off against Montana. He was soaking up everything we threw at him and the only thing that kept us going was Ambra dropping sunspots behind cover. We’d go in, chip away at Montana then duck back to get healed up. If our position was pressed, we could fall back and the sunspots work as mines to hold off the enemy.” – Steve Gibson, VP of marketing at Gearbox