Of all Battleborn’s factions, the Rogues are the truest form of outcasts, rejects and wanderers from every civilization and walk of life. The Rogues value personal freedom above all else and will scrape together every resource and pull out every trick to remain free.

What went into designing this band of renegades, criminals and survivalists? We conscripted Battleborn’s Creative Director, Randy Varnell, yet again to answer even more questions.

What influenced the design of the Rogues?

When picking our five factions, we knew we needed the “space pirates.” We wanted a place where we could group together bandits, mercenaries, loners, and other oddities into a rag-tag group of extraordinary troublemakers.  We called this group “Rogues” right from the beginning, and the name just stuck.

What did you want to get across when conceptualizing and designing the Rogues?

Visually, these are survivors and vagabonds. They take what they need (or what they can) and often make the best out of what they have.  Reyna is a great example of this, wearing a classic military bomber’s jacket which looks like it came from a Peacekeeper’s surplus store, but has been modified with spikes and logos more befitting her “queen of pirates” stance. 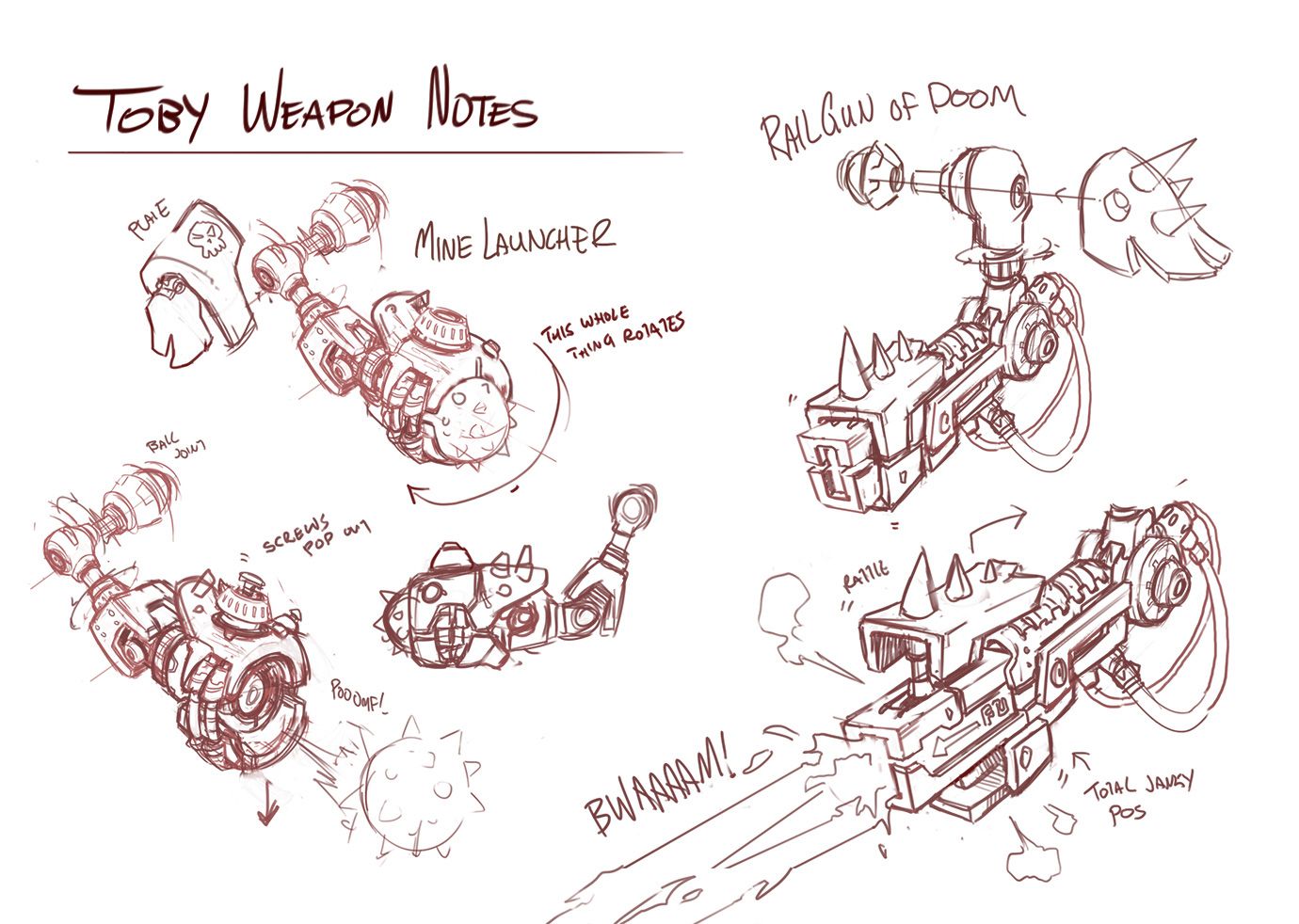 What do each of the Rogue characters have in common? What are some differences between them?

For the faction that places great emphasis on personal freedom, this is probably best expressed by the rogues being highly individualistic. They are less alike than almost any other faction. Thematically, they do look a bit “duct taped together,” and that kind of rag-tag appearance is probably the most common feature.

In short, though, the Rogues are wild, weird, and individualistic. Despite their differences, the Rogues share one thing in common: They do want to survive. They have all spent their lives trying to avoid capture or destruction, and now that their home, the Last Star, is threatened, many of them will put their criminal empires on hold in order to turn their attentions to the real enemies – Rendain and the Varelsi.

Learn more about the Rogue faction and and their homebase in the Detritus Ring!

Meet Mellka, the Fist of Fury
PVP at a Glance
DLC 3 & The 30th Hero Release Today