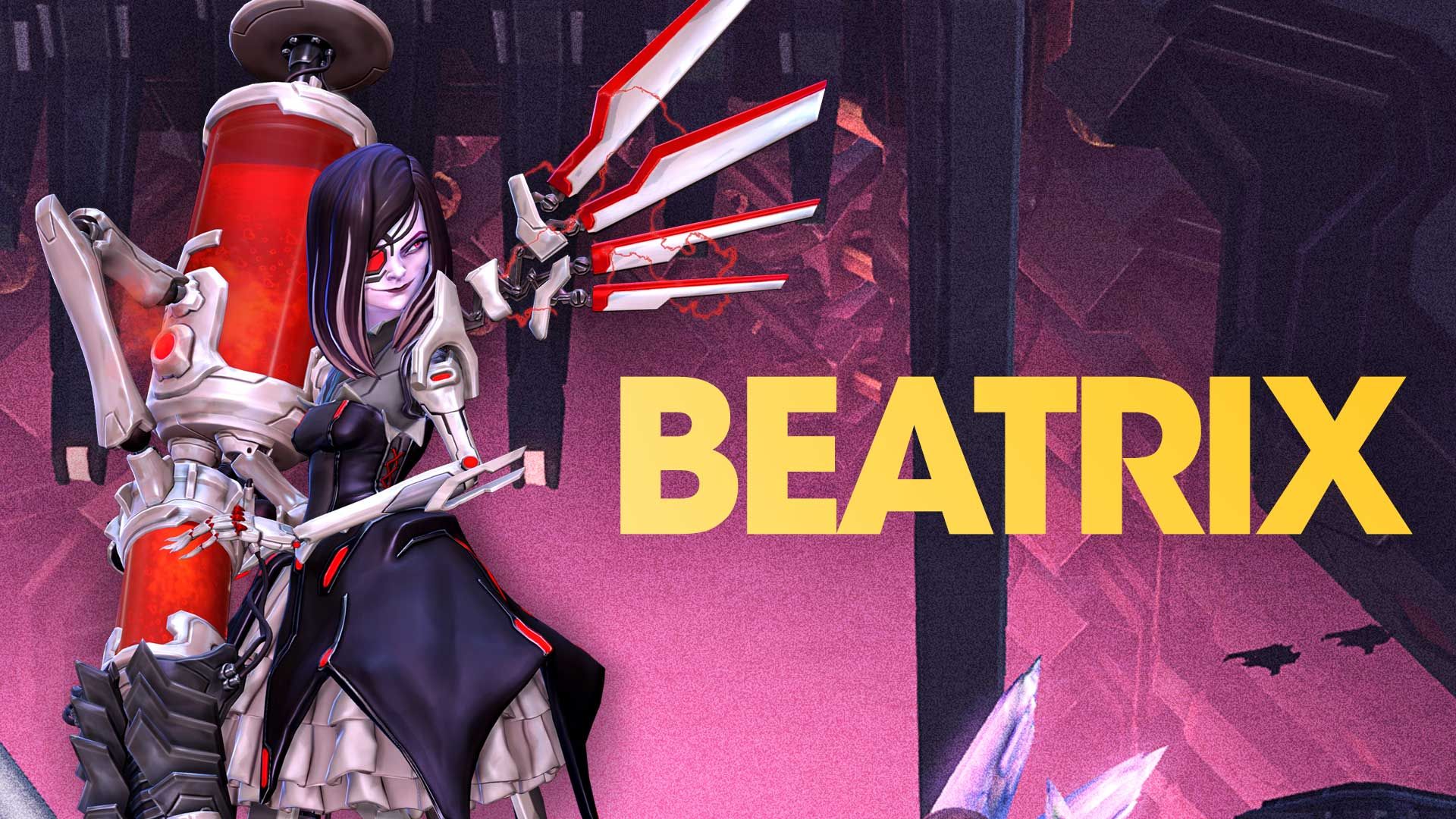 Welcome the latest Battleborn hero, Beatrix! This ruthless Jennerit scientist is the fifth of five DLC heroes coming to Battleborn post-launch. Precise, deadly, and obsessively hygienic, Beatrix wields a massive syringe arm to spread debilitating debuffs and disease. A master at manipulating life, her prowess for science combined with her Jennerit ruthlessness makes her one extremely qualified, and EXTREMELY DANGEROUS physician. Learn more about Beatrix here.

Now you can team up with Alani, Pendles, Ernest, Kid Ultra, Beatrix, and the core 25 Battleborn to take on the traitorous Rendain and those interdimensional jackholes, Varelsi, as they try to darken every star in the universe.

DLC 4 “MONTANA AND THE DEMON BEAR” IS INCOMING

Cozy up to the campfire and prepare to be terrified, the next Battleborn DLC Story Operation arrives next week! Montana has a story you’ll never believe is true. Join him as he tells of his great encounter with a terrifying beast in “Montana and the Demon Bear.” 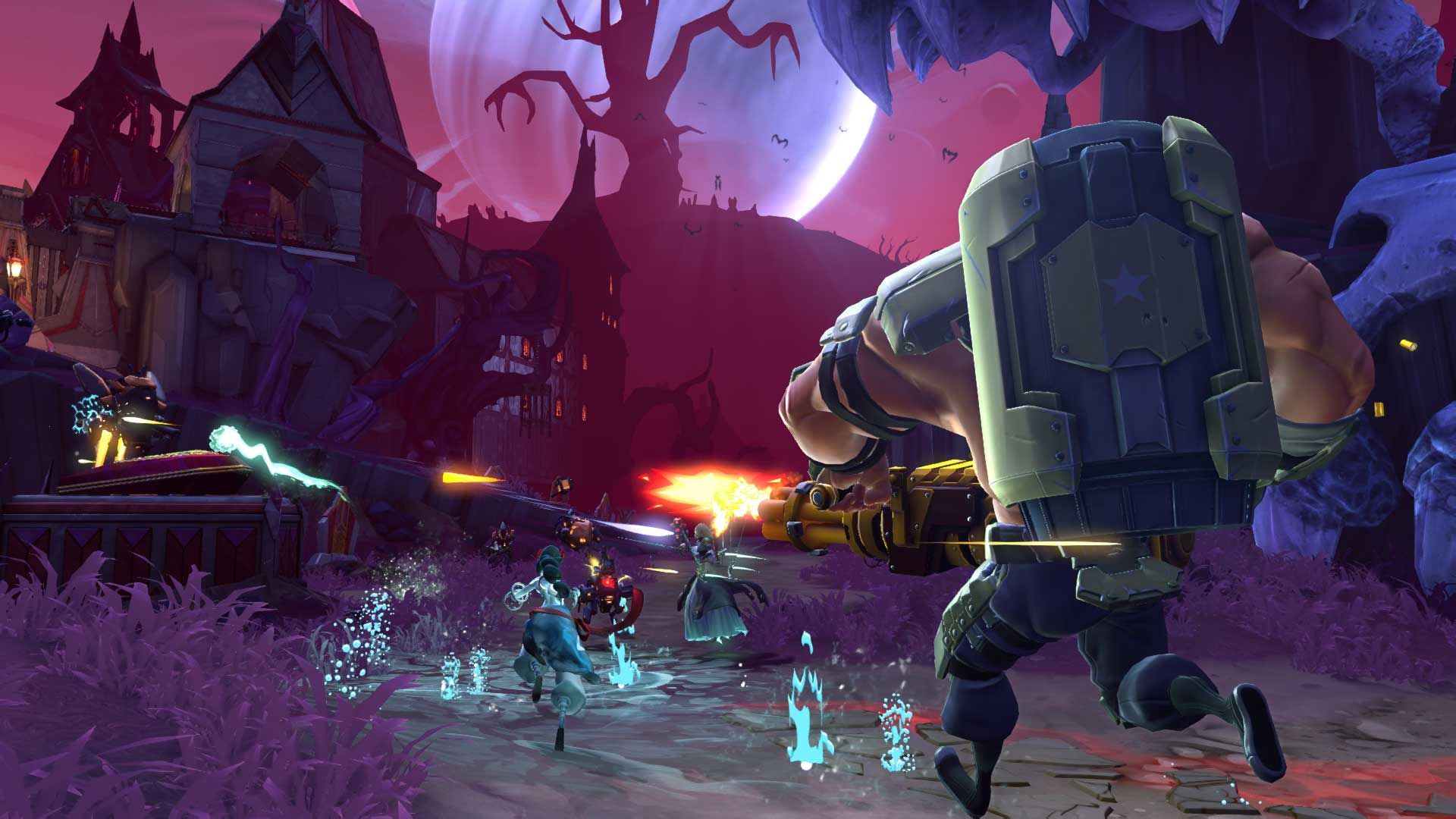 Each DLC Story Operation is available with the Season Pass upon release or can be purchased individually from the in-game Marketplace for 700 Platinum. Snag the Season Pass today and get access to “Attikus and the Thrall Rebellion,” “Toby’s Friendship Raid,” and “Oscar Mike vs The Battle School,” as well as the next two Story Operations upon release.

The fifth of five DLC Story Operations is not far off. Stay tuned as the Battleborn investigate the Eldrid homeworld in “Pheoebe and the Heart of Ekkunar.”

Just like with other rewards, you’ll be notified at the end of a match or mission that you’ve completed a quest. Leaver beware: If you don’t complete a match or you leave early, then you will get no credit towards completing a quest.