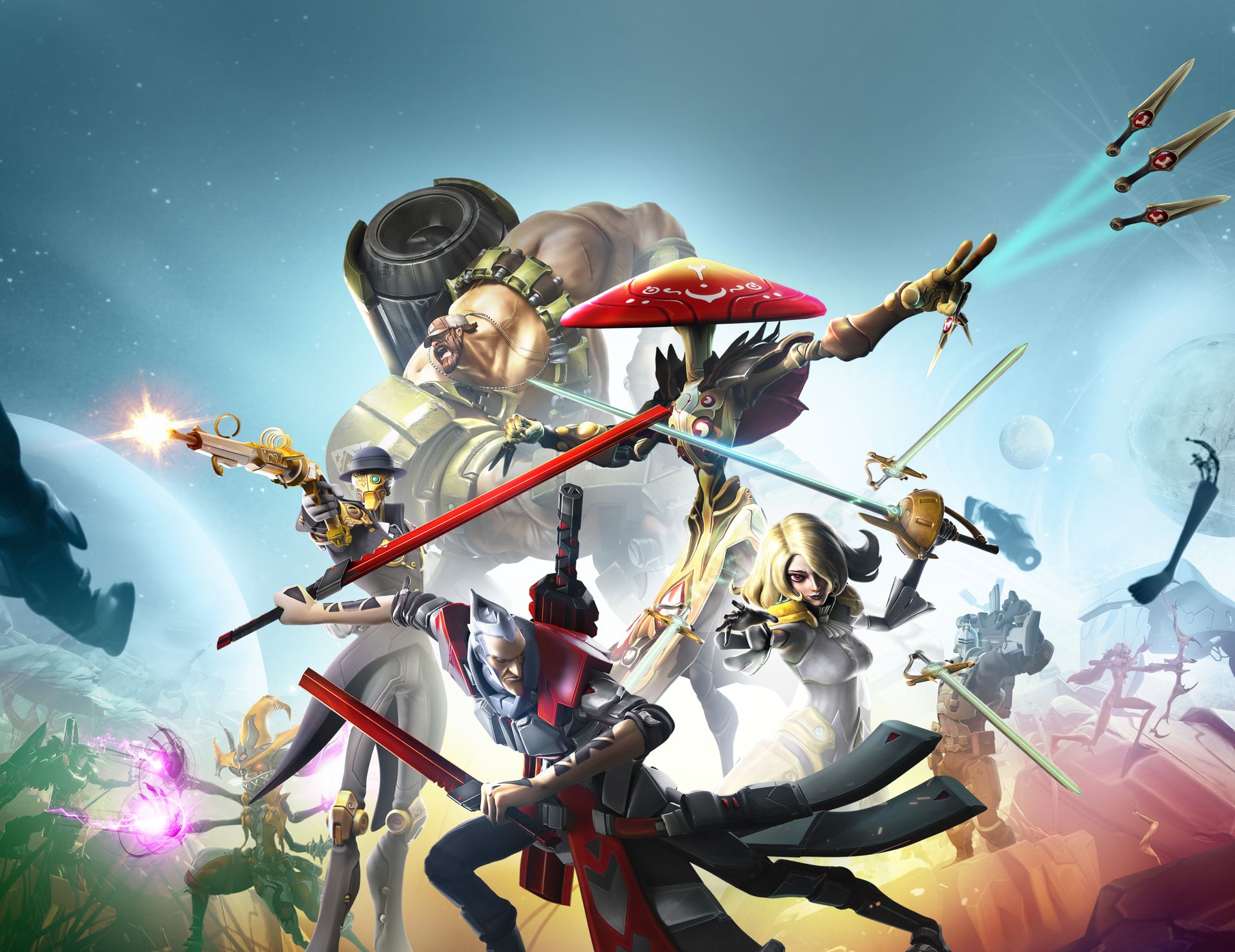 Look at all the characters from Battleborn and it’s like someone raided some lucky kid’s badass toy box, and jammed all their favorite action figures together into one giant battle. You’ve got sociopathic aristocratic robots that’d just as soon shoot you as comment on your social standing. A four-armed, magic-wielding psychopath. An elven archer. Space marines. Alien gladiators. Laser-sword samurais. A…walking, talking mushroom person-thing?!

Here’s the exciting part: We haven’t even revealed half of the 25-total characters coming out when Battleborn ships this winter. And trust us, we can’t wait to share some of the REALLY nutty ones with you.

Battleborn’s creative director, Randy Varnell, recently broke it down like this: “When you’re down to one star, there’s nowhere else to go. It’s like the Alamo of the Universe – everyone crammed in, making the best of what they have. And sure – everyone’s there. At least everyone who could pick up and leave their homeworlds – by spaceship or towel. So, you end up with your galactic space police, and your evil empire, and your floating space cities of light and technology, but you end up with your ‘scum and villainy’ too. Pirates and rebels and rogues. Human-esque species and things that aren’t even close. 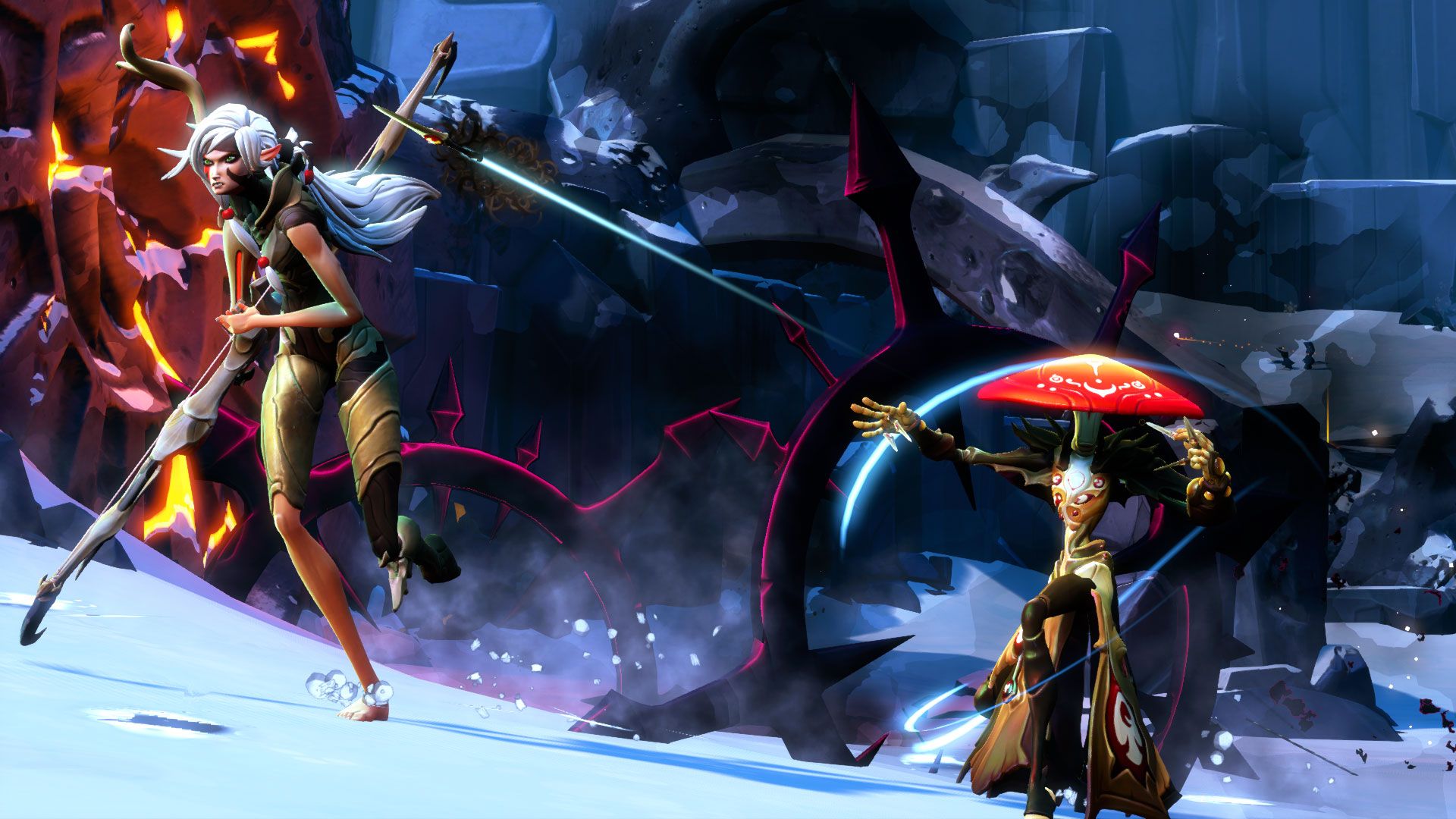 In fact, what you’ve seen so far in Battleborn has been pretty tame! I mean, right…it’s not every shooter game that has a four-armed be-hatted chaos witch or a rocket hawk. But wait’ll you see the next round. We’re putting our heart into making each character, and I guarantee we’ve got some that you’ve never seen in a first-person shooter before.  If the first half of our roster got your attention, the second half should blow your mind.”

As for the 10 Battleborn heroes we've already revealed (out of the 25 you’ll see when the game launches), we were curious which ones were excited for the most. So, we put out a poll on the official Battleborn Facebook and Twitter pages and asked you to pick your favorites so far? Here’s where it gets interesting: The top five favorites were definitely not your usual FPS protagonists – and not one of them was a guy.

Based on roughly 1,000 survey responses, so far people are most excited for:

Marquis – The above-mentioned gentrified, sociopathic robotic butler that uses a sniper rifle for a walking cane and hides a clockwork death-owl under his dandy bowler hat.
Thorn – She’s an elven archer, dabbles in magic….and has a bad tendency to say what she thinks and goes where she isn’t invited. In other words: Don’t tell her she can’t do something.
Orendi – The insane four-armed spell caster – or Chaos Witch – is no joke. She is completely unpredictable and a power to fear on the battlefield.
Phoebe – She’s the aristocratic floating-rapier-wielding heiress to the LLC, an adventurer and former master to Marquis.
Miko – A sentient mushroom person-thing who throws razor sharp kunai and heals its allies….because that’s what fungi do, right? 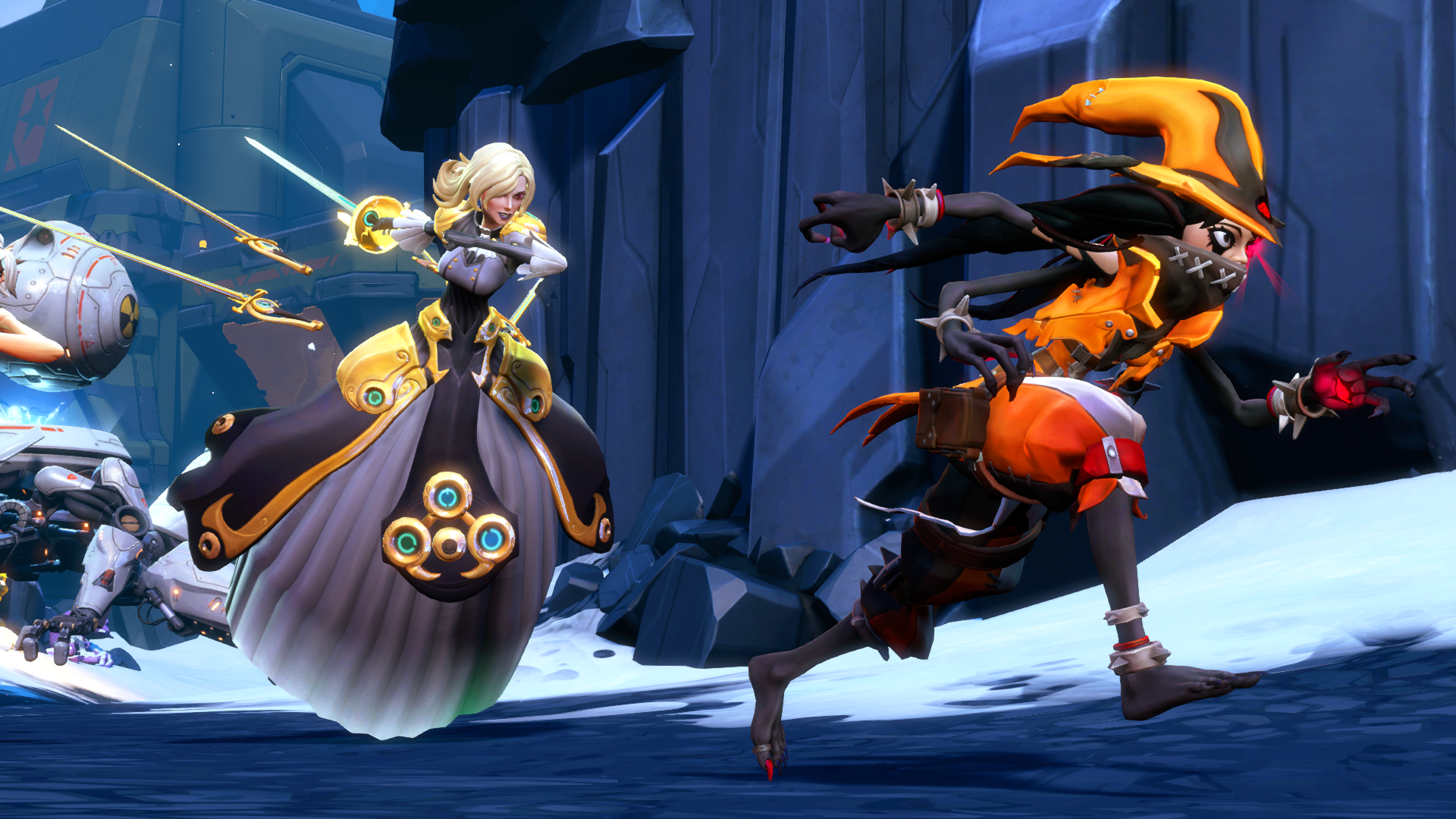 Make sure to check out all 10 of the already-announced character if you haven’t already and don’t be shy about letting us know which your favorite is so far. Keep your eyes here on the Battleborn blog, follow us on Twitter (@Battleborn) or keep up with us on Facebook for more.